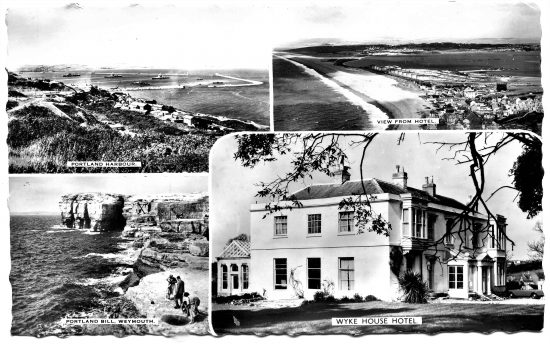 Hunting down the Portland Spy Ring

Lockdown – I’ve always listened to audiobooks and podcasts and during the Covid 19 lockdown I’m listening to more. I like the ‘History Extra’ podcast. It’s made by the same people who produce the BBC History magazine. The one that caught my attention recently was entitled Hunting down the Portland Spy Ring. I thought ah! a spy story! –  one of my favourite subjects. I clicked on also because it said ‘Portland’ – and that means the Weymouth area to me. As soon as I started listening and heard the names of Harry Houghton and Ethel Gee it brought back memories of a major news story which came out in 1961 when this spy and a few others were sentenced in court for stealing secrets from the Admiralty Navy base at Portland.

This story transports me straight back to Weymouth in the 1960s. Back then the British Navy still had the second largest navy in the world. I can remember seeing aircraft carriers and other British warships anchored in Portland Harbour. The base employed 1,400 people directly. The influence of the naval base even extended to the Wyke House Hotel.  I remember one day in the bar being introduced by George to some pilots and navigators from the Royal Canadian Naval Air Service. They were stationed for a time in Portland. One of them even gave me a whole bunch of James Bond books. That probably started my interest in spies! Looking out towards Portland today it is hard to imagine that there was ever a major naval base there! The book also stirs memories of working with George clearing out the wine cellar of the Wyke House hotel so he could turn it into a club bar. Great fun but that’s another story. What I did get from the Canadian Navy pilots was that they had known that the Wyke House hotel cellar was where their radio station was based during WWII. I have to check the validity of this story but it all adds to the magic of the place!

The podcast was fascinating! The guy who was stealing the secrets from the Navy base at Portland was Harry Houghton. He lived in Weymouth. The story tells of the meticulous work of MI5 in tracking him and the other spies down.

The Admiralty based at Portland was the same place where George later worked. As you probably know he went on to work in London in the MOD Navy Department telecoms group. I remember meeting him one day in Whitehall and we discussed John le Carré stories about spies working from a non-descript address in the Whitehall area and the process of arriving and departing and reporting to the night manager who managed the telephone switchboard. It was clear from our discussions that George had been to this location regarding his work on secret telecoms. George went on to work at the Navy bases in Gibraltar, Bermuda and Hong Kong. He was obviously a trusted party!

The book is called Dead Doubles by Trevor Barnes so I am now going to buy it!

Supporter of the ‘underdog’ and fair play, freedom of the individual balanced with responsibility to the community. Supporter of our heritage and countryside. Environmental campaigner for action on climate change, sustainable farming, transport and economy View all posts by torgold